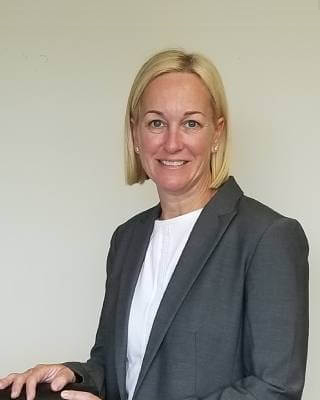 Suzanne Reilly is Counsel of the firm who concentrates her practice on New York Landlord/Tenant Law.

Before joining Griffin Alexander, P.C., Ms. Reilly worked as an Agency Attorney III for the New York City Human Resources Administration, where she represented the Agency in the United States Federal Courts, the New York State Supreme Courts, Civil Courts and Family Courts.  In addition she provided legal advice and support to the Agency’s Family Independence Agency, the Medical Assistance Program as well as the Domestic Violence Emergency Intervention Services.

Prior to that, Ms. Reilly worked as a Litigation Associate for a Law Firm in New York City.

Ms. Reilly has served as an Alumni Interviewer for Villanova University and currently is part of the Grant Committee for the Madison Education Foundation in Madison, NJ.

You may recall that, on August 5, 2022, New Jersey’s Governor Murphy signed S. 1368/A. 2687 (2022) into law. This law (which has since been codified as N.J.S.A. § 40A:10A-1 et seq.) requires landlords and business owners to procure and maintain liability insurance for negligent acts and omissions. As we explained in our previous breakdown and summary, much of this law came into effect on November 3, 2022, while the remainder of its sections will become effective on February 1, 2023.

On June 24, 2021, tragically the Champlain Towers South condominium in Surfside, FL, collapsed. Investigation revealed that construction defects, long-term water infiltration, and years of deferred maintenance may have all led to the collapse and the death of 98 people.

On December 20, 2021, New Jersey’s Legislature passed S. 4112/A. 5549 (2021); and, on January 10, 2022, Governor Murphy signed the bill into law. The law, while short, is immensely helpful to Community Associations throughout the state, many of which have adapted to the new remote meeting procedures previously permitted during the COVID-19 State of Emergency.