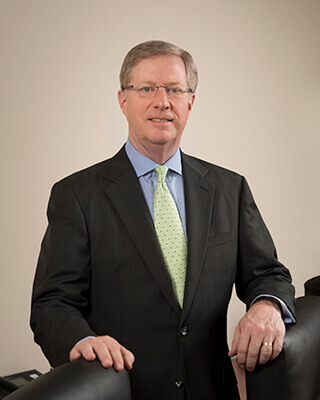 Robert C. Griffin is Of Counsel to the firm. His major areas of practice are Community Association Law and Litigation. He also handles Business Start-ups, Commercial Law, Fair Housing and Discrimination issues; Labor Law; Rights of the Disabled; Land Use; Real Estate Transactions; Wills and Trusts; and, Municipal Court.

Since 2002, Mr. Griffin has served on the Board of Trustees for Community Access Unlimited, a non-profit corporation which assists people with disabilities in living successfully in the community, and was the President of the Board from 2008 - 2010. He is a member of the faculty at the Union County Police Academy; and, he has lectured and written articles for the Community Associations Institute, nationally and for the New Jersey Chapter.

Mr. Griffin is admitted to practice in New Jersey, and before the U.S. District Court for the District of New Jersey, the Third Circuit Court of Appeals, New York and Pennsylvania.

NEW REGULATIONS PUBLISHED FOR THE FAIR CHANCE IN HOUSING ACT

As you may recall on June 18, 2021, the New Jersey’s Governor Murphy signed the Fair Chance in Housing Act (the “FCHA”) into law. You can read a summary of the law here. The law, among other things, overhauls the apartment application process and restricts a landlord’s ability to consider certain aspects of an applicant’s criminal history.

As you will recall, earlier this year, the New Jersey Legislature passed the Fair Chance in Housing Act (the “FCHA”), which was signed into law by Governor Murphy on Juneteenth. The law, among other things, overhauled the apartment application process and significantly restricts a landlord’s ability to weigh the criminal history of rental applicants. The passage of the FCHA has required many New Jersey landlords to overhaul their application procedures, and the way in which they run criminal background checks on prospective tenants.

On Wednesday, September 1, 2021, the New York Legislature passed 2021 N.Y. SB 1, extending its eviction moratorium through January 15, 2022. This extension comes on the heels of the August 12, 2021, decision from the United States Supreme Court which knocked down key portions of the New York eviction moratorium (you can read more about that decision in our blog here).