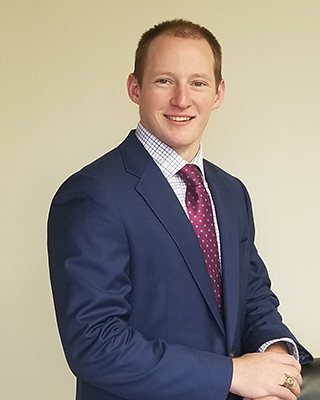 Brian R. Griffin is a Shareholder of Griffin Alexander, P.C. He concentrates his practice on matters involving Community Association Law, Commercial and Residential Landlord/Tenant Law, Land Use and Litigation.

Mr. Griffin assists community associations (condominiums, homeowner associations and cooperatives) through the transition process from developer to homeowner control.  He provides general counsel to the associations, which includes a broad range of legal guidance. He frequently attends community association executive and open meetings, guides the board of directors/trustees in their fiduciary responsibilities, interprets governing documents, drafts amendments to the governing documents, drafts resolutions, provides guidance on the enforcement of rules and regulations, attends alternative dispute resolution hearings and mediations, provides legal opinions, attends elections, collects on delinquent accounts and more.

Mr. Griffin also is a strong advocate for associations in litigation, where litigation is necessary. He has obtained favorable settlements, arbitration awards, Chancery Division and Law Division judgments on behalf his clients.

Mr. Griffin is familiar with Land Use matters. He attends informal and formal meetings and hearings before the planning board and zoning boards of adjustment. He also objects on behalf of individuals or community associations to neighboring developments.

He also stays up-to-date on developments in the law, such as executive orders, bills, new case law, and newly passed laws, regulations, and ordinances.

Mr. Griffin has been on CAI Committees, including the F.A.S.T. (Future All-Star Team) and the Editorial Committee.  Mr. Griffin also is a mediator for CAI.

On June 24, 2021, tragically the Champlain Towers South condominium in Surfside, FL, collapsed. Investigation revealed that construction defects, long-term water infiltration, and years of deferred maintenance may have all led to the collapse and the death of 98 people.

On December 20, 2021, New Jersey’s Legislature passed S. 4112/A. 5549 (2021); and, on January 10, 2022, Governor Murphy signed the bill into law. The law, while short, is immensely helpful to Community Associations throughout the state, many of which have adapted to the new remote meeting procedures previously permitted during the COVID-19 State of Emergency.

NEW REGULATIONS PUBLISHED FOR THE FAIR CHANCE IN HOUSING ACT

As you may recall on June 18, 2021, the New Jersey’s Governor Murphy signed the Fair Chance in Housing Act (the “FCHA”) into law. You can read a summary of the law here. The law, among other things, overhauls the apartment application process and restricts a landlord’s ability to consider certain aspects of an applicant’s criminal history.

As you will recall, earlier this year, the New Jersey Legislature passed the Fair Chance in Housing Act (the “FCHA”), which was signed into law by Governor Murphy on Juneteenth. The law, among other things, overhauled the apartment application process and significantly restricts a landlord’s ability to weigh the criminal history of rental applicants. The passage of the FCHA has required many New Jersey landlords to overhaul their application procedures, and the way in which they run criminal background checks on prospective tenants.